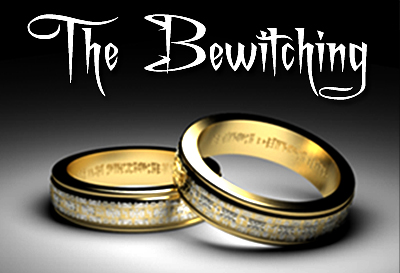 The Bewitching is the first book in what is currently planned as a trilogy by Martin Douglas. The story follows Elyssa and Dantes, two people who had been deeply in love in past lives. The book starts in our current time as Dantes struggles with memories of Elyssa, who we find out mysteriously abandoned him several lifetimes earlier.

Elyssa, unlike Dantes, has no recollection of the past, or even Dantes himself. Her nightly dreams are haunted with images of a mysterious cove and a faceless man that she feels deeply connected to. On a nightly walk she soon stumbles upon the cove from her dreams and begins to visit it consistently in hopes of also finding the faceless man. He never appears, yet she has the strange feeling she is being watched from the shadows.

Upon a visit to downtown San Diego she comes across an odd shop that she feels strangely drawn to. Once inside her life takes an unexpected turn. Elyssa’s swept up into the hidden world of witches and magic, where demons and angels walk among us, and human myths wander the shadows unseen. Dantes too appears, and Elyssa has the uncanny feeling he may be the man from her dreams but something about him doesn’t seem quite right. It’s as if he carries a dark secret of his own, along with a past that he hesitates to share.

As Elyssa and Dantes struggle with their feelings for one another, and she delves deeper into the world of magic, they soon find themselves hunted by a gang of demons. Will Elyssa find the connection between Dantes and herself, and the secrets of their past that he seems determined to keep hidden for some unknown reason? Can Elyssa learn her new-found abilities well enough to fend off the demons that are set on taking her life and Dantes? Visit The Bewitching on Wattpad to read the first several chapters of this first novel by Martin Douglas, or browse TheBewitching.com website to learn more.

The Bewitching was inspired by the television show Buffy the Vampire Slayer, and the movie The Notebook. With the Beautiful Creatures film that recently came out, there are certainly elements there that are also similar in nature to The Bewitching Novel. If you’re a fan of any of these films or books, then there’s certain to be something in The Bewitching for you to enjoy.