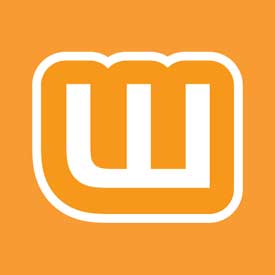 It’s been a busy last several weeks. I still have a lot more to do, but I wanted to give another shout out to Wattpad because of some of the amazing people I’ve met there and the opportunity Wattpad offers to writers. There are also a few things I noticed for those hoping to get more reads and followers. It might fall into the line of etiquette, or an unspoken case of courtesy and support for your fellow writers. It’s not much different than what I posted about recently in regards to Ben Affleck playing Batman and the support he found with Damon and Smith early on.

When it comes to writing, or most artistic and creative endeavors for that matter, it’s a struggle for many of us who aren’t making enough to live solely off of our creative work. We have jobs we have to work, maybe we have kids, and then we have to make time to actually produce something creatively to even have a chance of someday being able devote more hours to what we love. Trying to find the time to also support other artists can be difficult, especially with something such as writing where you have to read the work they’re putting out to comment on it.

But if you can find even a bit of time each week for a bit of professional courtesy it can go a long way. There are many ways to do this, and some only take a few seconds of time. Let’s go through some of the ways you can support your favorite artists, and why you should. We’ll use Wattpad as an example since they’ve been so great and I’d like to support them for the support they’ve given me. Although, keep in mind that these ideas can be used in other areas if you’re a bit creative and understand the sites you’re on.

Getting more Fans and Reads on Wattpad

1) A few months back I noticed one of the volunteers on Wattpad posting about the voting system and how many people were unaware of it, or rarely used it. Voting on Wattpad is one of the simplest ways to show support for your favorite writers. Voting on the work of others can also help you get noticed. To vote on the Wattpad app you merely click the star on top of the screen of the chapter you’re reading. On the website you’ll notice the star on the top right of every page. Something I don’t think many people are aware of is the fact that the votes count per chapter. If the story has multiple chapters as many do, the votes count for each chapter, not the story as a whole.

Us writers notice votes, and we appreciate them! Imagine spending all your time and effort writing a great story. While you might get a lot of reads, if no one’s voting it’s discouraging. You might think no one likes your story. On the other hand, if everyone’s voting for your chapters it encourages the writer to keep going. How terrible would it be to read a great story and the writer quits writing half way through because he’s not seeing votes. He might think everyone hates it, and thus there’s no point in continuing. Not only that it, your votes help the writer’s ranking, which means more readers, more encouragement, and they’re more likely to continue the story.

And here’s a bit of a secret, your votes also help in getting you noticed! As a writer on Wattpad, I do go through the people voting, and when I have time I check out their profiles. While I don’t have a lot of time to read, if something catches my eye I try to at least read a chapter or two and give a vote or two in return. At the very least I’ll add their to my reading list so those that view my profile may catch it and read it themselves. It’s a way for me to help support those who are supporting me, and hopefully we both benefit.

2) Commenting on Wattpad works very similarly to voting! If you get a chance, and are enjoying a story, leave a comment. Again, you’re encouraging a writer. Also, myself and many others on Wattpad notice comments more than votes. We’re more likely to check out your profiles and leave a comment of our own to help you out, much like I mentioned doing with voting.

You may also notice that most writers on Wattpad, especially the popular ones, comment back and try to return the favor on your stories. That’s part of the great community Wattpad has, and part of being successful at finding readers. It has to do with building relationships. People are more likely to support you, or notice you, when you comment or speak with them. It’s a two-way street of support. For someone like me who tends to read in spurts and gets really busy, comments stand out more than anything. I also feel as if I have a higher obligation to respond to comments than votes because someone took the time to comment. They deserve that same time in return. I’m sure there are many that feel the same. If you Google Vin Diesel and Facebook, there’s an interesting article on how he had one of the largest groups of followers on Facebook because he took the time to interact with the fans who made him such a big name. Wattpad is no different, regardless of how popular you are at the moment.

3) Follow your favorite writers on Wattpad! I’m not really sure where this would fall. Sometimes it’s as effective as commenting, and other times it ranks slightly lower than commenting but still better than voting. I usually try to check out followers as much as I check out comments. Although there have been times I’ve picked up so many followers at once I fell behind and it slides off my plate, unlike comments that I always try to respond to even when it takes me awhile to actually do it.

One thing I’ve noticed is that unless you’re following some of your favorite writers, you won’t always notice new stories they post, or maybe a follow-up book to one they’re writing. Following them keeps you up to date, so you can see all the new stuff they’re adding, or maybe a second book of your favorite story. There have been times I’ve gotten votes and comments and checked out profiles to find they had great stories of their own. In such cases I give them a follow, and usually they do the same in return. Even if they don’t, it’s a nice way to show your support for them. It can also help them acquire readers from those going through your list of followers. Again, supporting each other is the name of the game!

4) So far we’ve talked about supporting each other on Wattpad, but Wattpad needs some love too! They’ve created this great site that allows us to post our stories and hopefully get noticed. The very least we can do is to help them get noticed in return. Social media’s a great way to do this, and it can help us too! Sharing your stories on Facebook, Twitter, Google Plus, Tumblr, Blogger, and other social media is a great way to help people find your story and Wattpad’s website. You can also share the stories of your favorite authors on these sites to help them out too.

Don’t be afraid to also shoot Wattpad follows and likes to show your support. Remember, liking and sharing stories on Facebook and Google Plus, or retweeting from Twitter takes very little time and helps everyone out since it shows up in your feed for other people to find. If you can’t find time to read and vote to show your support, this is likely the easiest and fastest way to show support for those with little time. As I just found out today, Wattpad has a few social media sites for sharing that I wasn’t aware of. For those looking to help support Wattpad, here are the sites I’m aware of as of today: Facebook, Twitter, and Tumblr. If anyone’s aware of them having a Google Plus page, feel free to let me know in the comments as I know it’s a great ranking builder for the search engines. I’d like to show my support to them there if I can beside just posting links there back to their website.

That’s everything I can think of off the top of my head. If anyone has any other tips for supporting each other feel, free to mention so in the comments below. Remember, every one of us and Wattpad are bound to do better when we support each other. I know some people tend to be fearful of others getting ahead of them in the rankings, but by doing so you’re only hurting yourself. You’re walling yourself off from a wonderful community of people who help one another. When you’re part of the community, even if someone beats you in the rankings, or even in getting published, you never know if they might return that favor of support by recommending someone take a look at your works. And that is the benefit behind supporting each other in our goals to be artists. Making a living off of writing or creative pursuits is tough enough, why not help one another out and lighten the load.

Also note, I’m not recommending voting for the sake of voting, or following just for the sake of getting a follow back. I have noticed there are people who tend to do that and it doesn’t help anyone if no one is reading. Take the time to actually read a bit, even if it’s a little. If you really enjoy a story, vote, share, and consider a comment. If you don’t like it, be a part of the community by commenting and helping the author out. Don’t be harsh but be constructive (and it might be a good idea to ask if they want a critique first too! Some people don’t). Remember, the intention behind everything should come from genuinely wanting to be a part of the community, and not just following the above tips to get your own readers. I think for the most part, a lot of us there can tell when it’s genuine and when it’s not.

Speaking of support, what type of hypocrite would I be if I didn’t support some of my favorite Wattpadders myself. So here’s my list, in no particular order, of those you might want to check out on Wattpad for their great stories and because they have been so generous in showing their support to others.